L’Chaim – A Taste of Jewish Music from – Anywhere! is a monthly on-line  program inaugurated in August 2020 by the Colorado Hebrew Chorale via Zoom.

Scroll down the page for recordings of all season one sessions.

Sponsorship of L’Chaim is by the friends and supporters of the Colorado Hebrew Chorale, SCFD (the Scientific and Cultural Facilities District), CCI (Colorado Creative Industries), and the Union Pacific Foundation. 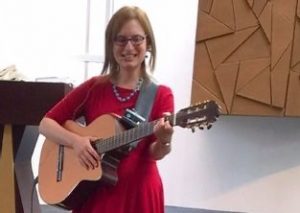 Cantor Roth, active on and off the bimah as an educator, performer, and conductor, holds degrees from Indiana University North Texas University and the Jewish Theological Seminary. She is also a certified Rhythm ‘N’ Ruach facilitator. She has served the Summit, New Jersey community as Cantor of Congregation Ohr Shalom/ the Summit JCC since 1991, and has been a frequent presenter at the annual North American Jewish Choral Festival.

Files that say “3 Columns” have Hebrew, translation and transliteration. If you want the sheet music, open the files that say “Full Score” 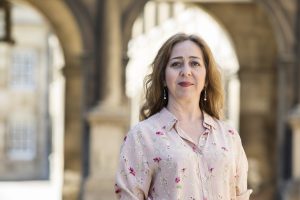 Dr. Vanessa Paloma Elbaz is a Research Associate at the Faculty of Music of the University of Cambridge and of Peterhouse, Cambridge. Her Ph.D. from the Sorbonne’s Center for Middle Eastern and Mediterranean Studies at INALCO on ‘Jewish Women’s Songs from Northern Morocco: Core Role and Function of a Forgotten Repertoire’ received ‘félicitations du jury’.

In 2012, she founded KHOYA: Jewish Morocco Sound Archive to collect, digitize, classify, and analyze contemporary and historical sound recording of Moroccan Jews. Her publications focus on narratives of power and transmission as well as the negotiation of minority status and gender relations through music in Morocco.

Vanessa is active musician, having performed in numerous festivals around the world and has frequently appeared in documentaries, radio and television, including PBS, France24 and Al Jazeera International.

L’Chaim – A Taste of Jewish Music from – India! 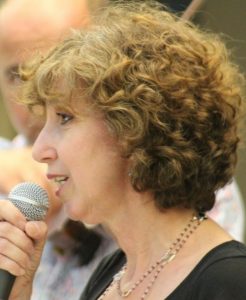 Through the vivid prism of her family’s story, Rahel Musleah introduces audiences to the distinctive heritage of the Jews of India and Iraq. The seventh generation of a Calcutta family, she traces her roots to seventeenth‑century Baghdad. Through song and story, she offers a rare and intimate view of a rich culture little-known to most. Rahel is an award-winning journalist, author, singer, speaker, and educator. She also leads Jewish heritage tours of India informed by her distinctive “insider’s” perspective. She lives in Roslyn Heights, NY, and is passing down the legacy of the Baghdadi-Indian Jewish community to her two children, Shira and Shoshana. 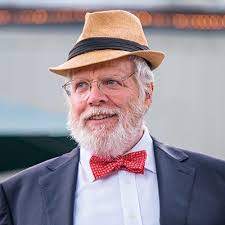 L’Chaim – A Taste of Jewish Music from – Anatevka!

Presented by  Zalmen Mlotek, Artistic Director – National Yiddish Theater; Music director for Fiddler on the Roof in Yiddish,  2018 – 2020 – a fascinating behind the scenes look at this ground breaking production.

Zalmen Mlotek is an internationally recognized authority on Yiddish folk and theater music as well as a leading figure in the Jewish theatre and concert worlds. For the past 20 years, he has been the Artistic Director and conductor at National Yiddish Theatre Folksbiene (NYTF).

His vision brought the critically acclaimed award-winning Fidler Afn Dakh (“Fiddler on the Roof” in Yiddish) directed by Joel Grey, for which Mr. Molten served as music director to NY, and will serve as musical supervisor for the International and National tours being planned.

Mr. Mlotek brought Yiddish-Klezmer music to Broadway and Off-Broadway stages with the Tony-nominated “Those Were the Days” and Drama Desk Nominated “Amerike – The Golden Land”. He serves as Music Director for most NYTF productions, including the recent New York Times Critics Pick “The Sorceress” and Drama Desk Nominated musical “The Golden Bride”. His music can be heard in over two-dozen recordings and films, has taught and performed all over the world, and worked with countless singers including Jan Peerce, Theodore Bikel, and Mandy Patinkin.

L’Chaim – A Taste of Chanukah music from Israel!

Kol Nashim founder and music director, Leah Peer, spent most of her formative years in Israel. Join her for a romp through Israeli Chanukah songs from the rare to the familiar!

L’Chaim! A Taste of Jewish Music from – Sighet (birthplace of Elie Wiesel)

A fourth generation cantor and the second to serve a conservative synagogue, Congregation Shir Shalom in Ridgefield has been her spiritual home since 1999. Her Music Shabbat programs with the Shir Shalom Adult Choir, Shir Shalom Talented Teens and guest artists are popular in the community.

Deborah founded the Women Cantors’ Network in l982, a national organization of 300 members. Her archives are housed in the National Museum of American Jewish History where two items are permanently displayed. The American Jewish Archives houses her complete archives.

She is the first recipient of the Debbie Friedman Miriam Award given at the Miriam’s Table Annual Women’s Seder event ( April 2020). 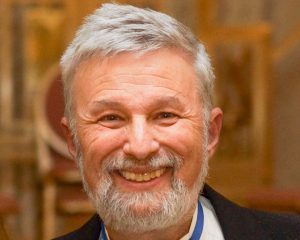 L’Chaim! A Taste of Jewish Music from – Kazablan

Israel’s favorite musical, Kazablan, is set in a run-down section of old Jaffa, the ancient city at the heart of Tel Aviv. The neighborhood is about to be bulldozed. Kazablan is a maelstrom of different cultures, and inter-ethnic tensions—Ashkenazim vs. Sephardim–are at high pitch. At its heart, Kazablan is a love story and a Whodunit. The musical premiered in the 1960s, with the film version released in 1973. The lively score is by Israel’s “Melody Maker,” Dov Seltzer, with unforgettable songs.

For this L’Chaim! program, Dr. Seth Ward will take us on a brief tour of Old Jaffa and summarize the story and history of the film, as well as the serious issues it treats, albeit lightheartedly. He will also review the Kazablan songbook and outstanding musical output of Dov Seltzer both though teaching some of the songs from the musical and moderating a sing-a-long.

What to eat or drink on this journey to Jaffa? Those familiar with Kazablan know the answer—stereotyped as it might be. Actress Aliza Azikri invites us to enjoy sips of Arak; actor Yehoram Gaon sings about opening a store selling almonds and pistachios, and Ashkenazi culture is famously represented by gefilte fish. Film critics describe the output of this era in the Israel motion picture industry as “bourekas” films, named after the popular puff pastry of Sephardic Jewish cuisine.

While the Jewish holiday of Purim comes later in this week, there is no association between the film and Purim. Nevertheless, some associate bourekas with the festival; we’ll explain why.

L’Chaim! A Taste of Jewish Music from – Argentina!

The Colorado Hebrew Chorale is delighted that Cantor Sheila Nesis, formerly of Temple Sinai, Denver, and currently of Portland, Maine, will be sharing her expertise about Argentina and its Jewish music scene. This session will include some liturgical pieces by Jewish Argentinian composers, and Passover melodies sung in Ladino that are common to the Argentine Jewish community.

Born in Buenos Aires and educated in both Buenos Aires and New York City, Cantor Sheila Nesis is equally at home on the bimah and on the night club stage as a singer/songwriter. Since relocating from Denver to Portland, Maine in 2019, Cantor Nesis has been working with the Jewish community in Portland, including the JCA and Congregation Bet Ha’am, as well as the wider Jewish Community in central Maine, specifically through The Center for Small Town Jewish Learning.  Cantor Nesis has also written for publications such as Kveller and the Times of Israel on the topics of prayer, music, motherhood and loss.