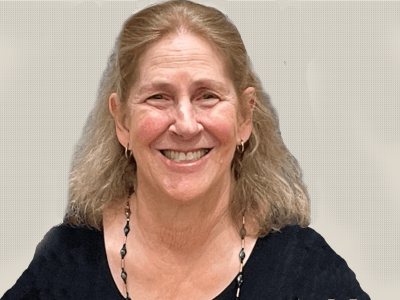 For more than forty years, Carol Kozak Ward has been active as an educator, performer, conductor and specialist in the Hebrew choral repertoire. In addition to her work with the Colorado Hebrew Chorale, activities over the past decade have included serving as guest conductor with St. Martin’s Chamber Choir’s program on Jewish Sacred Music, leading workshops on Jewish choral liturgical music for the Colorado chapter of ACDA (the American Choral Directors Association), and chairing “The 4-H Club: Holocaust, Hanukkah, and High Holidays” at the annual North American Jewish Choral Festival. An advocate for contemporary choral works, Ms. Ward regularly features new compositions and arrangements in her programs, and has commissioned composers such as Gerald Cohen, Martin Bresnick, and Pulitzer Prize-winner Aaron Jay Kernis. During her career as a music educator, she taught at a variety of schools, spanning public, private, parochial, home schools and universities in Colorado, Israel, and on the East Coast.

Ms. Ward holds a Master of Music degree in Choral Conducting from the Yale University School of Music, with earlier work at the Aspen Choral Institute. She has performed in choruses under the direction of Johannes Somary, Daniel Barenboim, Zubin Mehta, Margaret Hillis, and Robert Shaw, and has also participated in master classes with Howard Swan and Dale Warland. Ms. Ward earned an M.A. in Music Education from Teachers College, Columbia University, and an undergraduate degree in Near Eastern Studies from New York University. Originally from Connecticut, Ms. Ward and her family lived in Haifa, Israel before relocating to Colorado in 1991.